Illustrations from 32 books have been selected out of 109 submissions from 24 Australian publishers for 2015 Hello! from Australia exhibition. The works, which celebrate and promote the vibrancy and variety of Australia's children's book illustrators and publishing, will be showcased at the 2015 Bologna Children's Book Fair.

The exhibition is the seventh annual display of Australian children books to be displayed at the fair, and is an initiative of the Australian Publishers Association created in partnership with Books Illustrated, funded by the Copyright Agency’s Cultural Fund.

The Australian illustrated titles to be represented at Bologna include:

In addition to the illustrations, the exhibition also includes the display of more than 100 contemporary Australian illustrated books published in 2014 and 2015.

The exhibition aims to:
·       support publishers in the promotion and sale of rights
·       facilitate contact between Australian publishers and international agents and promoters
·       promote Australian culture internationally, and
·       draw attention to the diversity and depth of Australian children’s books.

Previous Bologna exhibitions of Hello! from Australia have received an enthusiastic afterlife at other book festivals and fairs, including presentations at:
–      Paju Bookcity in South Korea;
–      the National Youth and Children’s Library, Seoul;
–      the Korea Foundation Cultural Gallery, Seoul;
–      the inaugural International Illustration Concours on Nami Island, Korea; and
–      the Capital Library Beijing, China, as part of Australian Writers Week.

For more information please contact Ann Haddon at Books Illustrated on info@booksillustrated.com.au
or +61 3 9534 7751

View the 2014 catalogue online here.
The 2015 rights catalogue will be released in February 15.

Posted by Books Illustrated at 3:27 PM

Books Illustrated is a centre for children's literature in Melbourne, Australia. Specialising in exhibitions and sales of original book illustrations, limited edition prints and signed picture books. Our showroom is open by appointment and for advertised events. 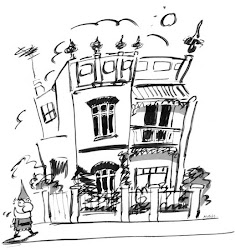